Home Phone What temperature is the best for your battery
Phone

What temperature is the best for your battery

What temperature is the best for your battery?

The lower the temperature, the less energy the battery will be able to accumulate to the maximum and the differences are very large. For example, if the battery in the phone nominally has 3000 mAh, then at a temperature of -20 ° C its capacity will drop even by half, so instead of 16 hours of work, it will only last 8. Since it works shorter, we have to charge it more often, so we can draw a simple conclusion that operation in low temperatures significantly reduces battery life.

This is because each time the battery is charged and discharged, its total capacity and lifetime are minimized. This is called battery discharge cycles and applies to any type of battery. In winter, we are forced to charge the phone more often, so we use up these cycles faster. For comparison – if in summer we have to charge the phone 4 times, in winter this number may increase to 6 or more if we spend a lot of time in the cold. However, if we can, we should avoid frequent use of the phone at temperatures below -10 ° C and rather keep it in a warm pocket close to the body. And what is extremely important – we should not charge lithium batteries below 0 ° C, and at lower temperatures, it is even impossible.

So let’s summarize how batteries respond to low temperatures:

Below 0 ° C, the battery should not be charged

At -20 ° C, the cells’ capacity is reduced by 50%, the maximum runtime is significantly reduced

At -40 ° C, the cell voltage drops to such an extent that the battery is only able to work with very low energy consumption

How to use the battery and store it in winter?

As we mentioned in the first part of the article, frost significantly reduces the capabilities of lithium batteries and discharges them faster. As in the case of car batteries. Therefore, we must remember to avoid excessive use of the phone in sub-freezing temperatures. You should then wait a while until it warms up at home, before we start using it, let alone charging it. To get a few or even several additional minutes, it will be effective to warm the phone. Just don’t let silly ideas with a fun lighter come to your mind. There is a chance that they will void the warranty 😉

So in short – should we use the phone in winter?

Avoid using the phone frequently in the cold

Let’s not try to charge the phone in the cold (e.g. from a power bank)

By following these tips, you will certainly extend the battery life of your phones.

Frost affects the battery badly, but how about hot weather?

As mentioned, heat has a positive effect on the cells’ ability to store energy, but that does not mean that high temperatures are positive for a battery. Yes, their ability to store and give back energy will be increased at high temperatures, but it should be remembered that such conditions also harm the cells. Research shows that continuous operation at 30 degrees Celsius will reduce the life of the battery by 20%. At 40 degrees it will be shortened by about 40%, and at 45 ° C by half compared to work at this optimal temperature of 20 ° C. Bringing the battery to higher temperatures is no longer allowed due to the potential risk of gas formation in the battery, which in extreme cases can lead to bulging and ignition. This means that despite the fact that in such conditions the cells are able to accumulate and return the most energy, such operation has a very negative impact on their long-term life.

What’s the best temperature for my battery?

Of course, phones accompany us all year round. In winter or summer, they will certainly be exposed to other conditions, but we reassure you that if you use them in accordance with our advice, you will ensure long service life.

Improve the Batter Life for Your Samsung Galaxy...

Extend The Life Of Your Laptop Computer Battery 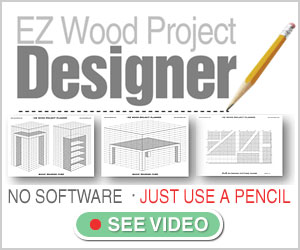